Just steps away from the camp-site you find the Sidobre, land of granite! Thanks to its fascinating rocks a unique area in Europe. Time has no meaning over here. At the Sidobre the incredible creativity of our planet has expressed itself at all its force. During millions of years nature has formed one of the biggest granite deposits. 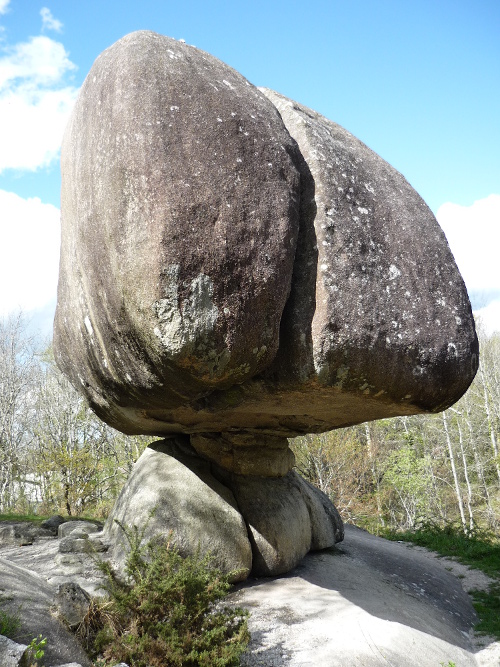 Surrounded by hills, forests and mountain streams you will find huge boulders of granite, the witnesses of the forces and mysteries of a planet in the making. As guardians of unfathomable secrets, these enigmatic monoliths have been an inspiration for beautiful legends. Here, the granite has been the direction of civilization. Cathedrals and tombstones, roads and bridges, castles and cottages… the granite and the people have the same history. Now more than ever the granite is the source of their inspiration, their work and their prosperity. This is the heart of the “Green Land” of the midi-Pyrenees. Enjoy walking, hiking, climbing and exploring! Welcome in the Sidobre, land of granite. 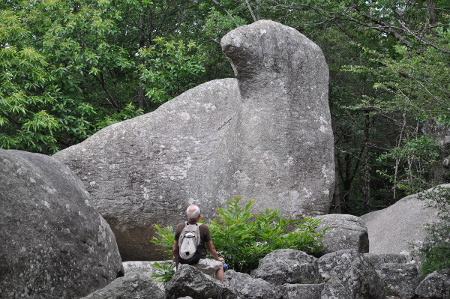 300 Million years ago liquid magma (created by the meltdown of rocks) was buried for tens of kilometres under a huge mountain (the Hercynian range). The mountain has eroded and the magma has cooled to crystalline rock that consists of 3 minerals: mica, quartz and feldspar. To put it simple you could say that the Sidobre is now a block of granite, that is 10 km long, 10 km wide and 10 km deep. The visible surface is ripped by erosion, while the rock in the depth is still a solid mass. Constantly running rain- and ground water wear out the cracks in the rocks. They cause the minerals to fall apart in sand grains and the formation of extraordinary shapes in the rocks.

On the right picture you see the Peyro Clabado. It seems unbelievable but it is true: a rock of 780 tons of massive granite perfectly balanced on a rock of only 1 m². The name comes from the dialect of this region (l'occitan); Pèira Clavada (pierre clouée). Litirally translated: nailed stone. Legend says that if you can throw a stone on the large rock and it stays on top, you will get married within the year.

The next picture shows le Roc de l'oie shaped as a huge goose. There is a great walk from Crémaussel, where a large amount of special rock formations is waiting for you. The legend says that a wizard, living in a cave under the rocks had a huge goose. The wizard told the goose to lay her egg at night, so no one would see and to be back before sunrise. One day when the goose was out breeding she was surprised by the rising sun. The wizard got so angry that he changed her in stone. 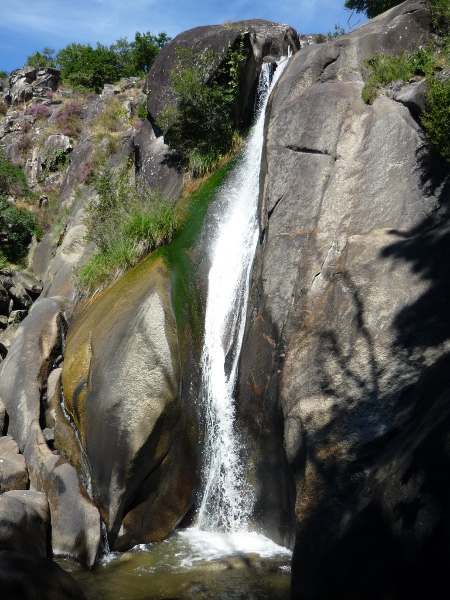 The waterfall in the next picture is called Saut de la Truite and is 25 meters high. Along the way is a parking lot where you can park the car and walk up to the waterfall. If you walk further up you will reach the start of the waterfall, as you can see on the picture at the top of this page. From here there is a nice view as well. 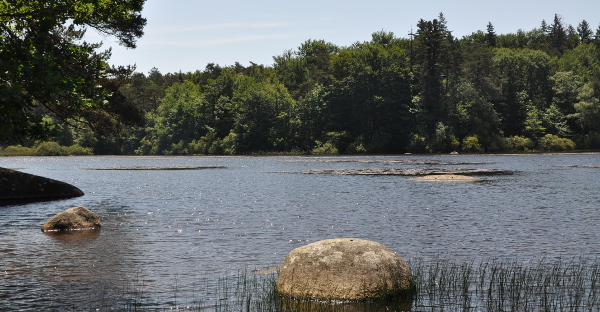 At the heart of the Sidobre is this mysterious lake with its “floating” rocks (Lac du Merle). Further up you’ll find la Rivière des Rochers, where you can make a nice walk. 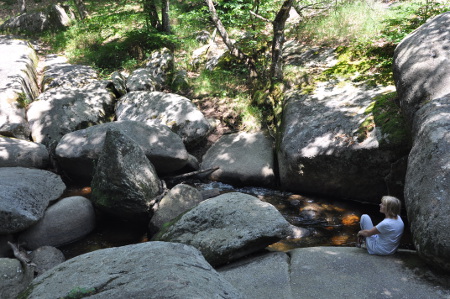 Finally, we’ll show you a picture of Napoleons hat (Le Chapeau de Napoleon) and a video that will give you a nice impression. But there are still many other rock formations to discover in the Sidobre. There is even a cave where you can crawl in to! 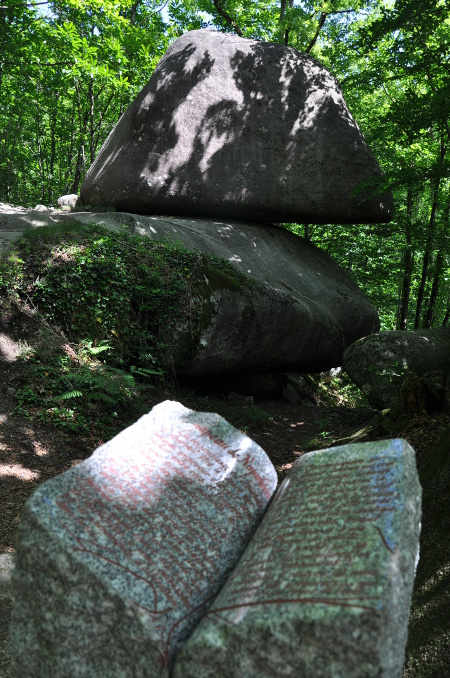